Here are all the comics I have finished and the ones I’m currently working on.

This is a comedy about friendship, family and love, where a girl called Louise, who used to be rich, now has to attend a public High School filled with delinquents. She’s a smart looking girl with glasses who turns out to be terrible at math. Her new math tutor happens to be Bruce, a scary delinquent who is actually the smartest in his class, and her new crush is Drew, a clumsy otaku with a pretty face, who becomes attached to both of them for some reason.

The three of them somehow become a team through prejudice and misunderstandings, and thus life begins.

Natalie is a singer. Paul is a deaf-mute young man… On a rainy night these people bump into each and since then their lives change abruptly. How did things come to this? A girl to whom music is the source of life bumps into a man who can’t understand the sound of her voice… Why is it that both complement each other? 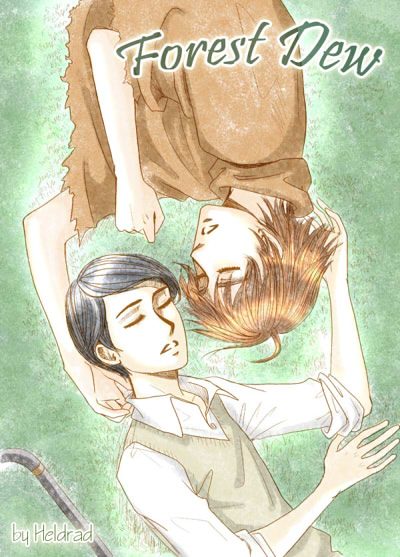 Caesar lost his sight temporarily. In order to recover it he has to live in the forest for a while… Far from the noise, the stress and the hustle of the city.

In this new world covered by darkness, Caesar meets Yurue, a mysterious boy living in the forest that shows him that there are also things in this world that can’t only be seen by the eyes…

This story is set in the victorian era. Liam is an 11 year-old boy that arrives to a wealthy mansion to work with his father, the gardener. In this place he is asked to be the playmate of the youngest master, Edward, who’s about his age. However, Edward turns out to be a spoilt and malicious kid that wants to keep all the attention to himself… What will Liam do to gain his trust and become his friend?

A story about young love.